Underwater Data Centers Could Be the Future

Underwater Data Centers Could Be the Future 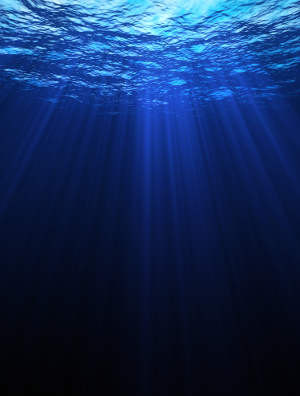 Energy consumption is an ongoing issue for data centers, even with modern advancements. The servers and peripherals, as well as the cooling systems that keep that equipment safe, can generate a great deal of energy each year. In fact, combined, US data centers consumed approximately 70 billion kilowatt hours of electricity in 2014. As a result, large IT corporations feel a responsibility to take measures to reduce that consumption.

Hydropower is among the largest sources of alternative energy in the country, making up 46 percent of all renewable energy generation. But organizations like Microsoft are seeing new ways that water can be used to power data centers in a sustainable manner. The new data center would be set up hundreds of feet below the ocean's surface, keeping facilities cool without the use of energy-dependent cooling systems.

To save money on electricity and avoid natural disasters, many major data centers are situated in remote locations, which creates a problem. Proximity plays a role in how quickly websites and applications can respond to consumer requests. Technology providers that want to remain competitive realize that they need to provide reliable service on a daily basis. Today's software means a data center can be mostly controlled remotely.

Once concerns about electricity cost are eliminated, these facilities can be placed close to major population centers, allowing data centers to keep up with rapidly-evolving technology. In the coming years, a heavy reliance on technology like virtual reality and the Internet of Things means consumers will need more power with fewer lags. Getting data centers closer to those consumers will become more essential than ever.

The proposed data center will include standard server racks that have attached heat exchangers. Those exchangers will convert the heat into liquid, then pump it to external heat exchangers, which will then transfer the heat to the outside ocean to cool it before pumping it back in. One of the biggest challenges with this will be nature. The colder the ocean surrounding the data center, the more efficient this process will be, so corporations will be limited somewhat geographically by the temperature of various oceans.


Another challenge is physical access to the data center. Unlike today's data centers, IT professionals wouldn't be able to drive up and park in front of the building whenever a piece of equipment malfunctioned or needed to be replaced. Software can allow IT admins to log in and do a certain amount of repair and update work, but there still will be an occasional need to travel down to the facility. Additionally, building and transporting equipment to an underwater site would be far trickier than a land-based site, but Microsoft appears ready to tackle that challenge.


While underwater data centers may become predominantly associated with large corporations, it will eventually affect all of the consumers and businesses that connect to them. This will enable businesses of all sizes to access cloud services at lightning speed, helping them better serve their own customers. This is in addition to the environmental benefits that will help our planet for many generations to come.