The Truth About Scareware What Your End Users Need to Know

The Truth About Scareware What Your End Users Need to Know 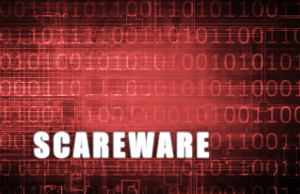 Anyone who spends time online eventually experiences a scareware alert. These fake attacks are set up to inspire panic on anyone who sees them. They give the appearance of a malware infection when in fact, they're nothing more than a cleverly-designed graphic. In other words, scareware is all bark and no bite.

Generally, scareware appears in the form of a pop-up that warns that the device in use now has a virus. In order to get rid of the supposed virus, the user will need to either click on a link or call a phone number for tech support. For network and IT administrators, it's important that end users know exactly what to do if they see such a warning on their own devices.

The worst thing a consumer can do is follow the instructions on the screen. Doing so will almost certainly put the person in touch with someone who wants credit card numbers, usernames, passwords, and other compromising information. Educate your end users on the existence of scareware, as well as situations which they should avoid clicking. You can then progress to what steps they should take next, but at the very least, they should know they can call the help desk to have someone help them if they see such a warning.

Scareware can make it seem as though the computer is locked up. In actuality, it usually simply disables a user's ability to scroll, refresh, or use the back button. The easiest thing to do on a PC is to right-click on the window in the taskbar and close it. Alt + F4 will also kill the window, if end users can remember that key combination. When all else fails, Control + Alt + Delete will bring up the task manager so that they can kill Internet Explorer.

To get out of this situation on a Mac, you'll unfortunately need to kill the browser completely. Command + Q will close most browsers on a Mac and if that doesn't work, Command + Option + Escape will open the window that allows them to force quit the application. They'll simply need to choose it from the list.

Scareware brings no reason to panic, but it can never hurt to run a quick malware scan to ensure all is well. If possible, have a technician run a scan for viruses. It isn't necessary to have a technician manage this task, though. Today's malware applications make it easy for end users to run a scan on their own, even if they aren't administrators on the machine. If nothing else, scareware could give a business's IT team a great opportunity to review the security measures they have in place.

As scareware designers grow more sophisticated, it will become increasingly easier to dupe consumers. If you spend time educating your end users and ensure you're always responsive when they have questions, you'll reduce your risk of having your system compromised by a username or password falling into the wrong hands.


While underwater data centers may become predominantly associated with large corporations, it will eventually affect all of the consumers and businesses that connect to them. This will enable businesses of all sizes to access cloud services at lightning speed, helping them better serve their own customers. This is in addition to the environmental benefits that will help our planet for many generations to come.