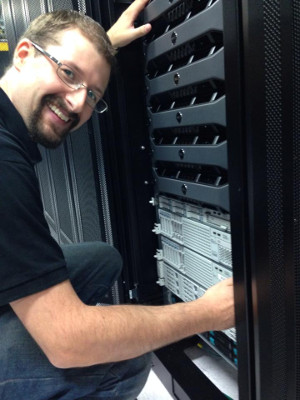 Earlier this year, Intel announced that it had achieved 100 percent equality in pay for all its employees, regardless of race. In addition to making a concerted effort to recruit and hire more minorities, the company took the pay gap seriously, conducting an in-depth salary study and making increases where necessary. The company had previously achieved pay parity for its female workers in 2015.

This study clearly highlights the existence of salary disparity in tech companies. If you haven’t taken a serious look at your tech salaries lately, here are a few things to consider.


The Gender Pay Gap Is Real

On average, women are better educated than men, yet they still earn only 82 percent of the pay check of a man. Black women earn only 68 percent and Hispanic women earn 62 percent. The issue is worse in tech jobs. Not only are women scarce in tech, they’re dramatically underpaid. This pay gap is worse for younger women, who earn 29 percent less than their male counterparts on average. That gap decreases as women get older. According to Glassdoor, gender pay gap is the largest for programmers, with women earning 28.3 percent less than men in the same job. If a business is considering a salary study, the software development team might be a good place to start.

With the exception of Asian men and women, minorities make significantly less than white men and women. Although pay has increased overall for women since 1980, black and Hispanic men have seen little improvement over the past three decades. Yet despite being more educated, women of color find their abilities are consistently questioned during the interview process.

Diverse teams excel for good reason. When a business is filled with people from the same background, it tends to operate within a bubble. More voices mean a wider range of perspectives on every decision tech businesses make.

Experts predict that by 2043, America will be a majority-minority nation. That means businesses that want to have a future should invest heavily in hiring and nurturing minority employees. Since many leaders tend to rely on referrals during the hiring process, it’s important that employers engage in outreach to avoid employing a team of people who look exactly like them.

Perhaps the biggest reason to ensure employees receive equal pay for equal work and experience is business success. Low pay has been linked to low morale, and since low morale is connected to poor earnings performance, pay inequities could actually be costing businesses. For tech businesses interested in winning over the best and brightest, culture is everything. Once a business earns the reputation of having a bro culture, hiring could become more difficult.

The tech industry still has a long way to go before pay is equal across the board. However, awareness of the issue can help businesses begin to restructure their hiring practices and reconsider promotions to ensure they aren’t engaging in discrimination.