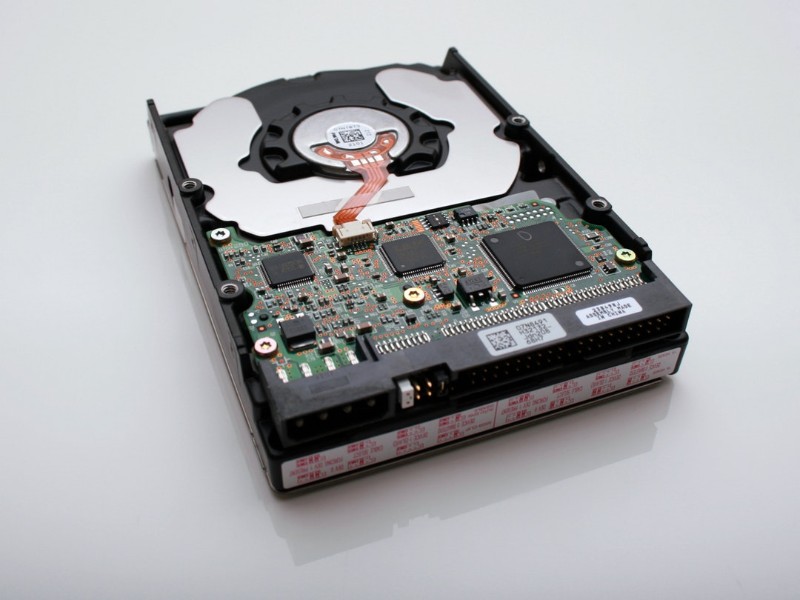 As important as hard drive shredding is, unfortunately, it's not the easiest task to do. Thankfully, an onsite shredding service can take care of this for you! In October 2018 alone, 88 data breaches exposed over 11 million records. If you include the past months, there are now over 1,000 breaches with over 57 million records exposed. This might be surprising each one of these don't make the news. Even large-scale breaches went unnoticed by the public. This reiterates the importance of having proper security measures in place. What does hard drive shredding have to do with it, though? Well, it's more on the proper disposal of sensitive information. You don't erase the data and call it a day - this will expose the information to hackers. Read more on how shredding can help you with your business' security.


What is Hard Drive Shredding?

Hard drive shredding is the act of destroying hard drives using a machine. Similar to how a paper shredder or wood chipper works, a hard drive shredder destroys the device into small particles. As hard drives are rather tough, these shredders are heavy-duty machines. They shatter the tracks on the platter at the minimum. A usual machine, though, destroys the whole hard drive. They can also shred other devices, such as CDs and cassettes. This ensures that the data inside is gone with no chances of recovering it. This is a good way to protect confidential data.


Does It Destroy the Data Better Than Other Methods?

Now you know what hard drive shredding is, but is it necessary to destroy the whole unit? Many are wondering about this as there are other methods of erasing data. A computer user with enough knowledge, for example, can wipe the hard drive and use it as if it were new. However, this isn't the best way to destroy data. This is especially important for companies dealing with sensitive information. Formatting the hard drive doesn't destroy the data bits. Even overwriting it with other data won't work. If someone is keen on recovering the data, they will be able to. What about damaging the hard drive or drilling holes? This might work, but you still can't be sure that all the information there is unrecoverable. Some tracks can remain un-severed with these methods, which makes the data within vulnerable to ill-meaning parties. The only way of getting rid of data without hope of getting it back is to shred the machine containing it. The shredder works great for this, which is why it's the top choice of companies.

An on-site hard drive shredding is when a shredding company comes to your location. They will then destroy your hard drives on their truck right there and then. Is this the best choice for companies? It is but if you want to be 101% sure that the data is not going anywhere else. Companies opt for this service to lessen the risks of a stranger getting their hands on the hard drive. Off-site shredding, on the other hand, is when you give the hard drives to the shredder. They then transport the units to their facility. This can be more cost-efficient for companies that are on the regular routes of shredding companies or those with fewer items to shred.

Transporting the hard drives to the shredder's location exposes them to unnecessary risks. Why not get the shredding company to go to your property instead? With on-site shredding, you can see for yourself that the companies are shredding the hard drives. The company will shred the hard drives within your premises. It allows you to be a part of the process, as a witness, instead of trusting some strangers to do the work. After all, you don't know who will be handling those items when you ship them off, when the truck unloads them, and when they're off to the actual shredding machine. Shredding won't even take long, so supervising it won't take up too much of your time. Although it will cost more, it's a good trade for eliminating some chain of command risks.


Other Benefits of Shredding Hard Drives

Aside from being an efficient method of destroying data, does it have other benefits? Yes, and there are a whole lot of reasons why you should choose it.

As we've discussed, other methods of data destruction aren't that reliable. It only takes one person with real skills to recover data from a damaged hard drive. With hard drive shredding, however, these security risks are non-existent. You can make sure that you're protecting your company's data and information. Apart from that, you're also protecting your employees and customers. If any of data or information falls into the wrong hands, you'll deal with severe damages and backlash. It's in your best interest, too, that all your data are safe and for your eyes only.


To Comply with the Federal Law

The law doesn't state that you have to take your hard drives to the shredder per se. Yet, it indicates that you have to protect your customers' personal data. Remember Facebook's fiasco that escalated to the courts in and out of the United States? While the scandal not due to compromised hard drives, the idea is the same. It could happen to you, too, if you leave your hard drives unattended. As security breaches are pretty common, the government is putting pressure on companies. It's pretty serious about the safety and security of its citizens, after all. A violation can get you a hefty fine, and repeat offenses can result in grave consequences. After the Facebook scandal, even the public is gaining awareness of the importance of security. The social media platform's trust rating took a plunge. This isn't what you want to happen to your company.

If you don't destroy your hard drives, where will you store them? You're not throwing them away, of course, as that would be foolish. It's akin to giving them away as anyone can take them and do bad things with it. You'll then have no choice but to store them away in some area in your office. This is quite a waste of space as there's no reason why you're keeping them. You might be able to use that space for productive ways instead. Furthermore, this leaves them vulnerable to attacks. You might get some unwanted visitors in your office or an inside job can happen. Even if no one in your office has an ill intent, somebody might still make a mistake. For example, someone who isn't that much knowledgeable on the importance of proper disposal might mistake them as trash that he/she can leave outside in black bags.


To Help the Environment

Did you know that the shredding companies recycle the scraps from your hard drive? This reduces the waste going into the landfills and nature itself. In a way, you're helping the environment by choosing to shred the hard drives. This beats keeping them in an old storage in your office or destroying them yourself. Some people may think that they can destroy the information themselves by destroying the platter or burning it. Both methods might be able to render the data unrecoverable. However, they're not the best ways to do it, keeping the environment in mind. Unless you deliver the scraps to a recycling center, you're not helping the earth. Even if you do, are you sure you've destroyed the data and no one will be able to recover it? Burning is also a bad idea as it can produce toxic fumes and release chemicals into nature. Not only is this bad for the environment, but it's also harmful to you.


To Save on Time and Costs

Many who have seen that costs of shredding hard drives might have thought to do it themselves. We've outlined above why that's a bad idea, but there's one more thing to consider: time. If you have many hard drives to dispose of, you'll have to spend a lot of time. It's unlikely you'll have the proper machines for it anyway. If you get it wrong, you'll waste even more time re-starting the process from the beginning. This might also seem to be counterintuitive, but opting for a service to shred hard drive units for you might be more cost-efficient. Your time is valuable as any of your employee's. Instead of focusing on something that will help the company, you or an employee will be destroying hard drives. In a sense, you're also spending some money on an inefficient way of destroying hard drives. Then there's the issue of the costs of a data breach. If you're unsuccessful in destroying the data, you'll deal with fines, lawsuits, and such. These will all cost you more money in the long run.


Protect Your Company and Clients

Dealing with sensitive data requires meticulous approaches. Examples are setting up many layers of security and the proper disposal of hard drives. Now that you know why on-site hard drive shredding is important, it's time to find a reliable company to do the job. Contact us now and let's see how we can keep your company safe from security risks.